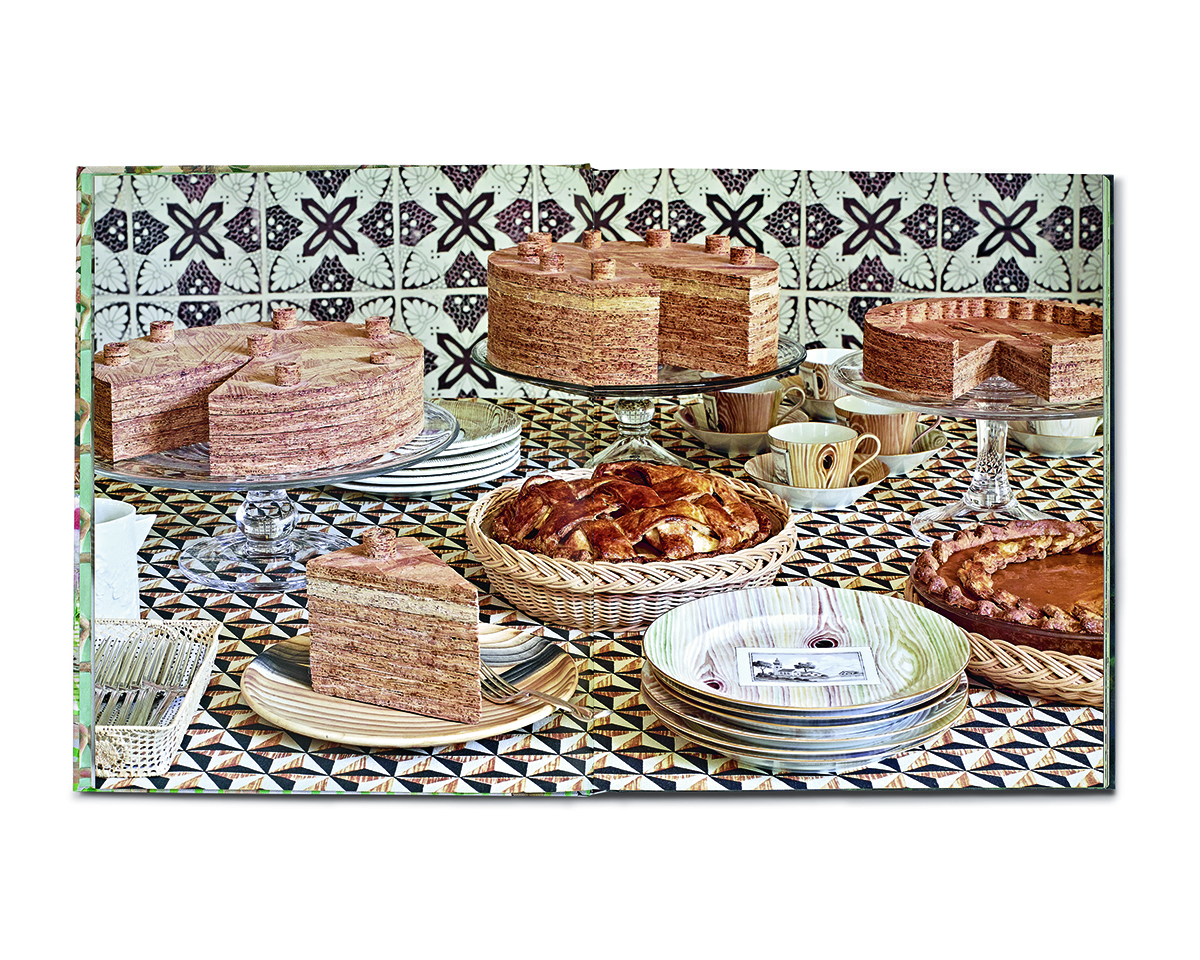 At the Artisan’s Table

Throughout history, tabletop decoration has been at the nexus of utilitarian function and innovative design. In At The Artisan’s Table, designers and event producers Jane Schulak and David Stark pair historical table wares from the world’s finest design museums with pieces by an international array of contemporary artisans who reinterpret traditional crafts and styles, including Aptware (marbled clay), blue-and-white Delft, chinoiserie, faux bois, plaster, splatterware, and trompe l’oeil.

Each chapter features a museum object that serves as a “muse,” the work and studio of the artist who has updated the traditional craft—including ceramicist Roberto Lugo, plaster artist Stephen Antonson, and fifth-generation quilter Loretta Pettway Bennett—and gorgeous table settings designed by Schulak and Stark that incorporate the artist’s handmade wares and provide inspiration for everyone who has ever wished to wow their dinner guests.

Designer Jane Schulak is the founder and creative director of non-profit Culture Lab Detroit. She has served on the boards of the University of Michigan School of Architecture and the Musée des Arts Décoratifs in Paris. She lives in Detroit.

David Stark, president and chief creative officer of David Stark Design and Production, is an acclaimed event producer, designer, and author. His books include David Stark: The Art of the Party, and his work features in numerous publications. His clients include celebrities, major corporations, and museums, and he has appeared as a partyplanning expert on such programs as Today and The View. He lives in Brooklyn.

Kathleen Hackett is the author of The Maine House and Brooklyn Interiors. A contributor to Elle Decor, Architectural Digest, and Veranda, she lives in Brooklyn and Maine.

Aaron Delesie, one of the world’s most sought-after wedding photographers, has expanded his business into an international destination and event photography company. His work has appeared in countless publications, including Vogue, Harper’s Bazaar, Time, People, Town & Country, and the New York Times. He lives in Atlanta.

Reviews
At the Artisan’s Table is an absolute feast for the eyes.
—

It’s the time of year when we gather around tables large or small. The new book At the Artisan’s Table might give you some inspiration on how to set it.